10 Best Screen Recorders for Mac, Windows, iOS and Android in 2021

According to Cisco, videos will account for 82% of all internet traffic by 2022. Cute cat videos or fun travel vlog or makeup vlog always catch our eyes on YouTube. However, videos are not just used for talking to friends in a different country or watching cat videos on YouTube. They can be a tremendous way to supercharge your workflow and turn you into a productivity juggernaut.

Recording a screen can help you to make a product demonstration or a clear video to explain your problem.

Fortunately, the user-friendliness of screen recording software has significantly improved over the years. Nowadays, you can create professional-looking tutorials with minimal effort.

Today we will recommend the 10 best screen recorders on Mac, Windows, iOS and Android. 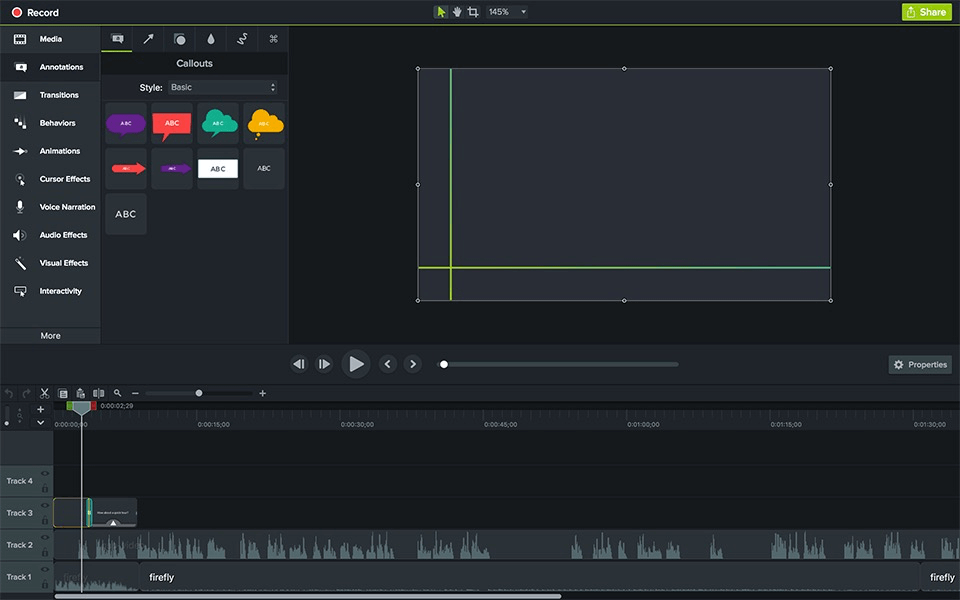 TechSmith’s Camtasia makes it simple to capture and make professional-looking videos on your PC.

Whatever you want to record, from games to PowerPoints, Camtasia can take it all in its stride – with or without audio, with or without a webcam feed, and so on. Annotations, extra media files, transitions, titles and more can then all be dropped in with your footage.

Despite all its features, the software never feels too complex, thanks to an intuitive timeline interface. On the downside, it is expensive, but you can test it out for 30 days for free. 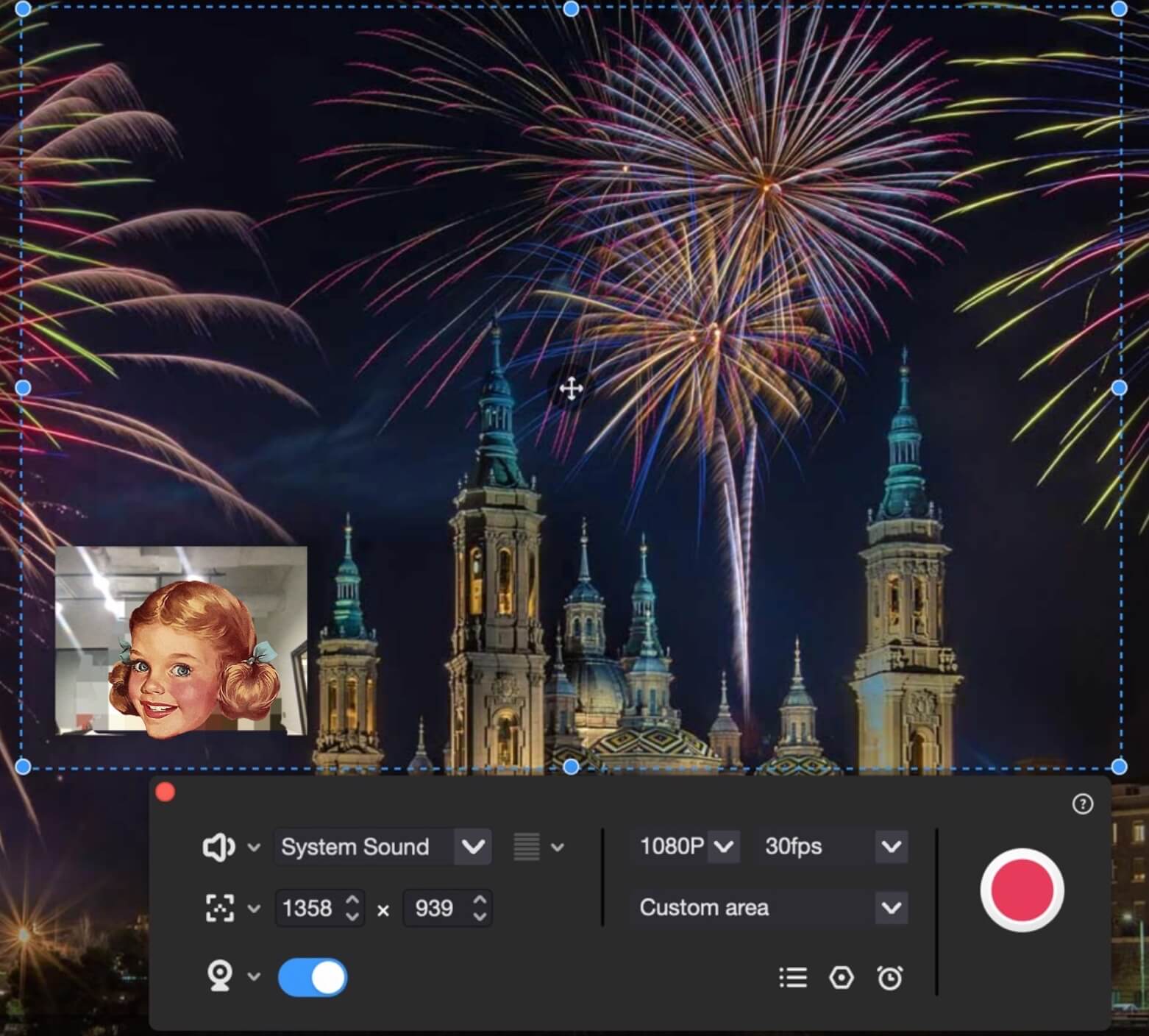 There are many basic screen recorders around nowadays. However, if you want to edit and compress your recordings later, you have to use another video editing software to trim, add subtitles, and apply watermarks on your video.

Filmage Screen makes the workflow much smoother. Rated at 5 stars on MacUpdate, this professional screen recorder lets you capture clips at up to 4K resolution. It works on your Mac, and with iOS devices via AirPlay.

Its free version has unlimited recording time and no watermark attached while exporting!

The app lets you select specific windows or areas of the screen to record, and Filmage Screen offers a variety of editing options, such as trim, split, drawing, and add background music. You can then export your clips in multiple formats, without watermarks. 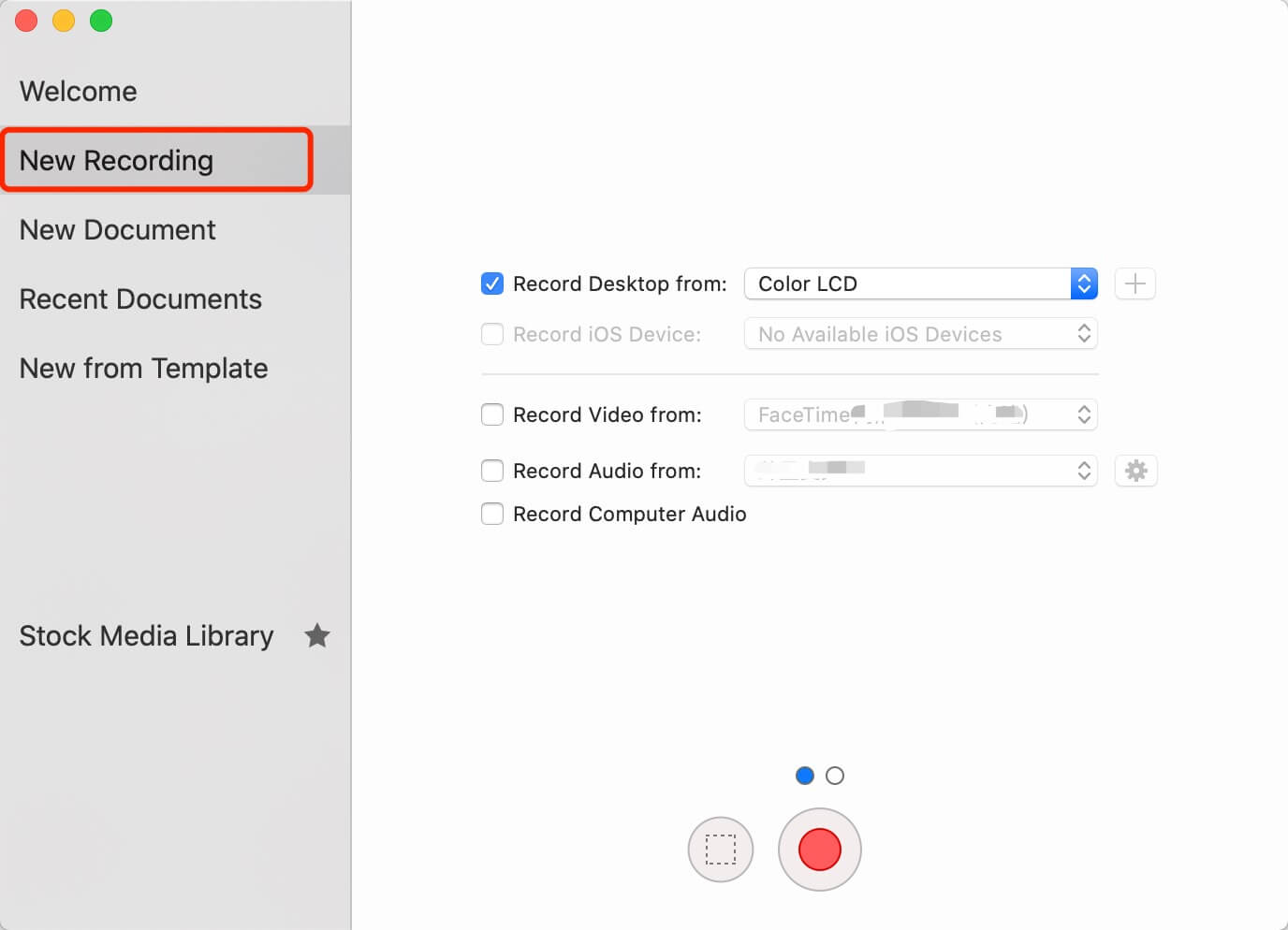 Not only can ScreenFlow record screen activities, but also ScreenFlow can help you to edit your recording. It includes the options to record your Mac at retina resolution, group video components and settings, and add background audio to the recorded footage.

ScreenFlow contains rich templates which lets users arrange, insert and configure groups of annotations in advance, such as text placeholders and outro segments.

However, ScreenFlow is highly expensive. It costs $129. 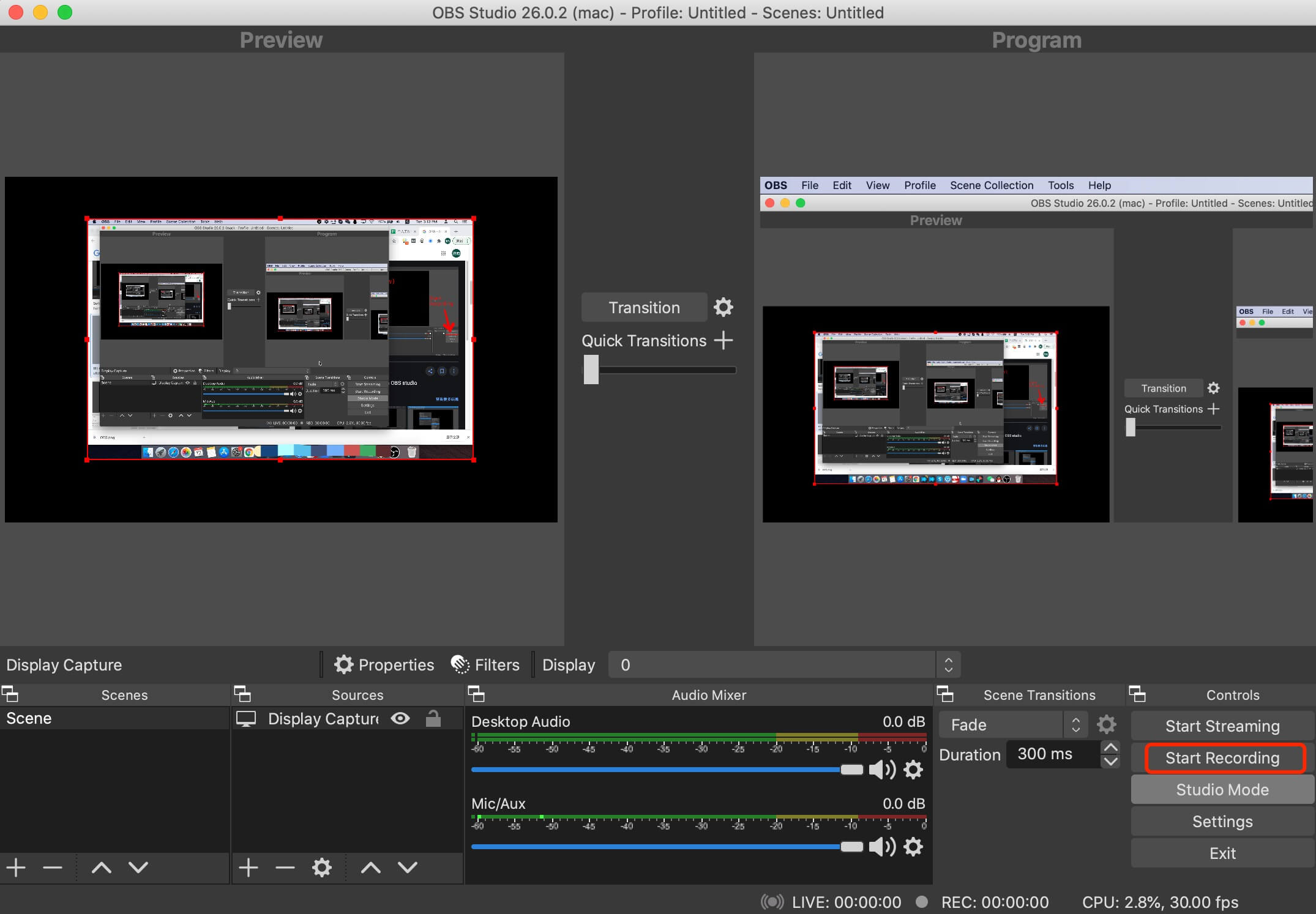 OBS, also known as Open Broadcaster Software, offers both recording and streaming in high definition, with no limits on the length of your videos.

OBS Studio is an open-source & free video recording software for Windows, Mac, and even Linux users to take real-time video capturing. It allows users to capture the entire display screen, webcam, and also the microphone.

Apart from the intuitive screencasting features, OBS is equipped with live-streaming capabilities that you won’t find in the default screen recorders of major operating systems.

You can stream live on YouTube Gaming and Twitch, save projects, and convert your footage in FLV format.

As a screen recorder on Windows, Share X doesn’t contain watermarks and there are no duration limits on your recordings, and you also get the option to save your file as a GIF.

The video file sharing features are ShareX’s biggest advantage, because it’s easy to upload recordings directly to YouTube and other platforms. 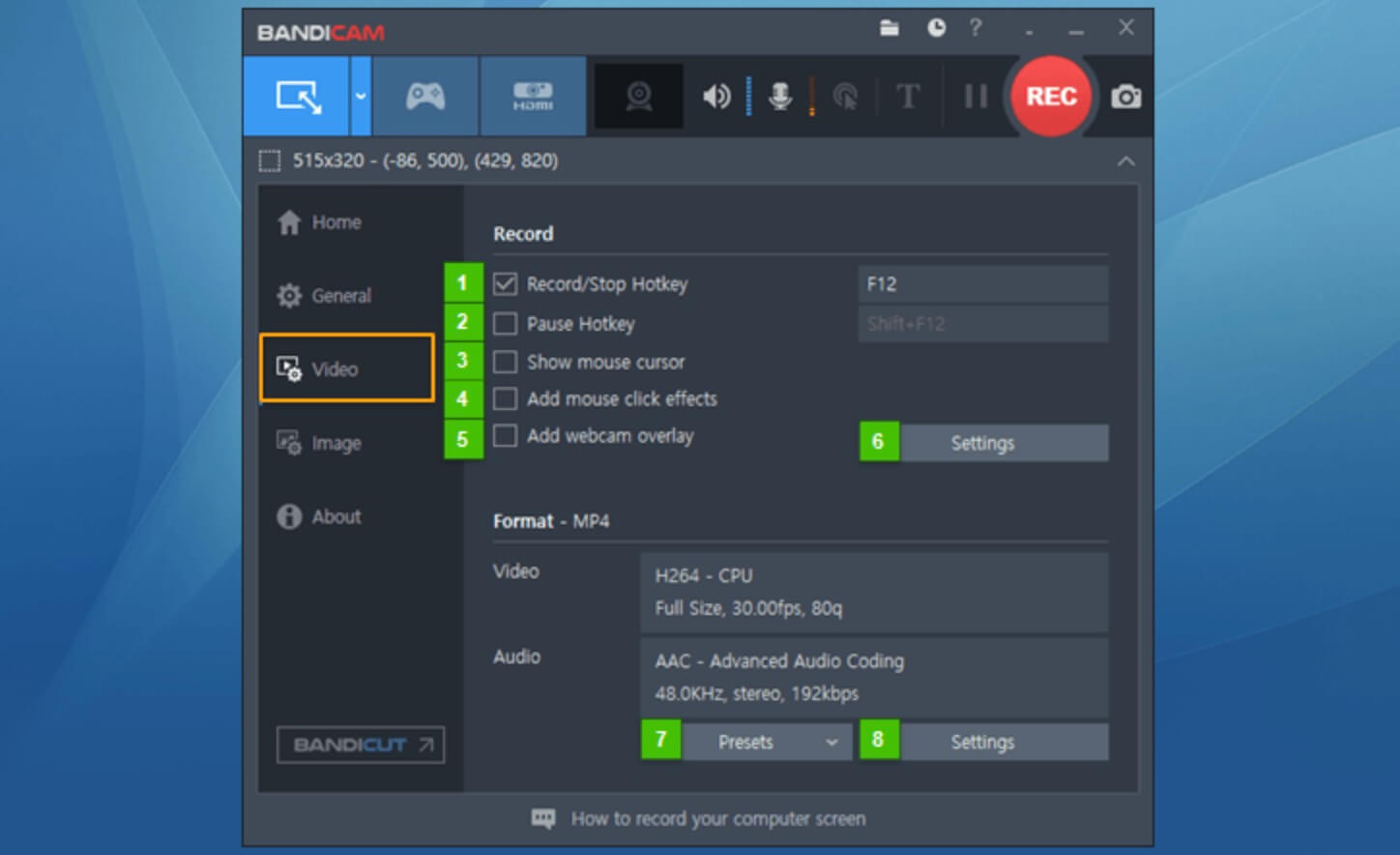 Also as a screen recorder on Windows, Bandicam is an old but robust screen recorder. It utilizes a high compression ratio without compromising video quality. Bandicam makes it possible to capture 4K ultra-high-definition videos at 120 frames per second.

You can capture screenshots as format in JPEG, PNG and BMP. In addition, you can use Bandicam to record just about anything, including your entire computer screen, Excel spreadsheets, web browser, Powerpoint presentations, and more.

However, its free version places a watermark on the videos, so you need to become a paid user to utilize its full potential.

Loom is one of the best screen recorders for Chrome, Windows, and Mac users. Users can add it into the Chrome extension and then use it to capture screen video with ease. Videos will be automatically copied to the clipboard, and you can share videos via links. In the extension version, it's even easier and faster to record screen actions on Windows 10.

Loom has no time limitation and you can share the recording by link. However, the video files only can be saved as MP4 and there are no video editing features in Loom. 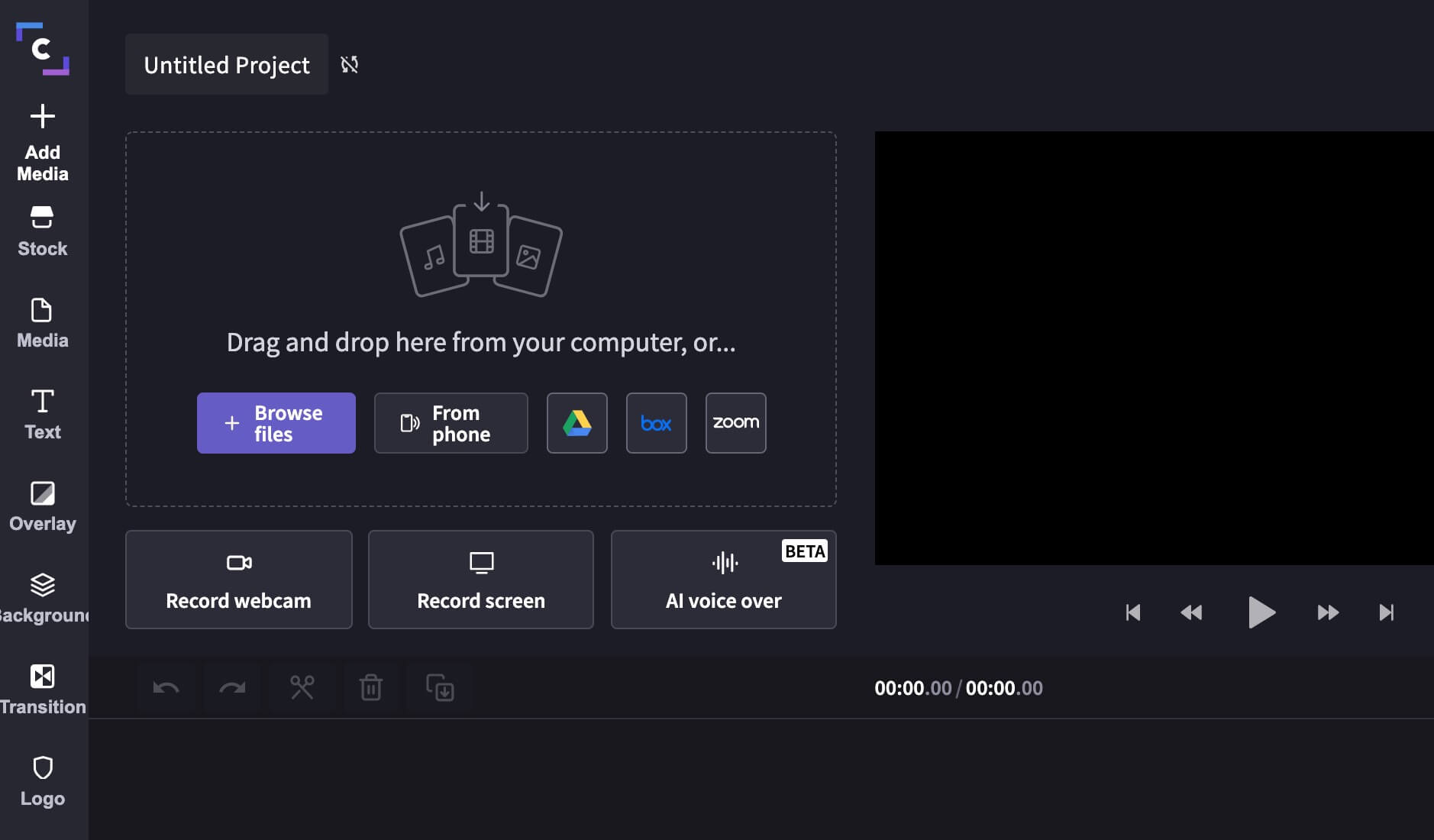 Clipchamp is another screen recorder for Windows and Mac.

Using it, you can record your screen and edit the footage in a single browser. Apart from screen recording, it also offers many professional editing tools to tell your stories. You can trim and clip your recordings, add interesting filters and overlays to enhance your recorded footage.

However, you can only record 30 minutes with its free version. 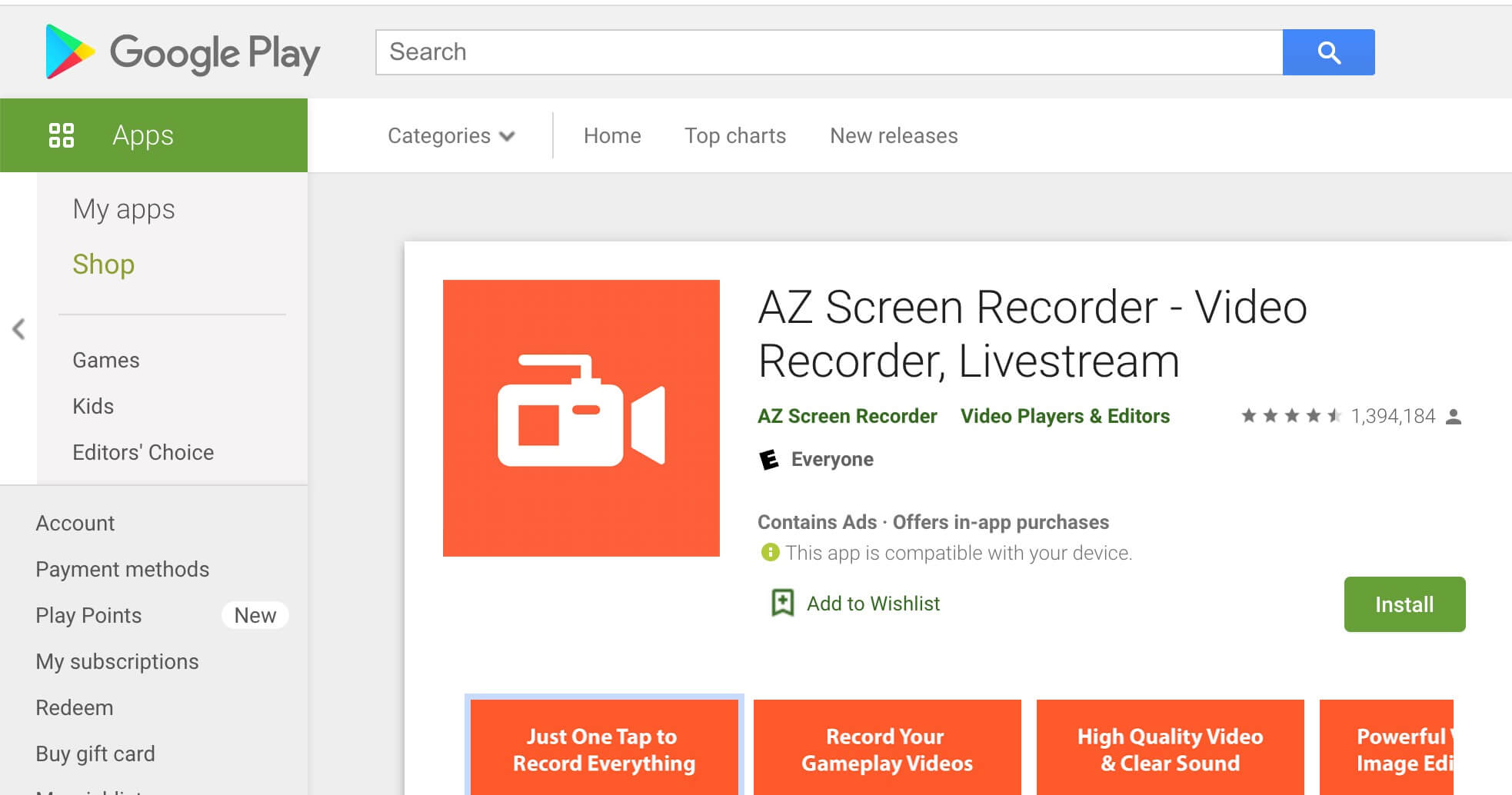 For Android’s users, AZ Screen Recorder can be your best choice when recording your phone’s screen. It contains easy-to-use controls, plenty of recording options, and even a lightweight video editor if you want to trim down your recordings before sharing them. It's got just about everything you could want from a screen recorder tool on an Android device.

Here is one more screen recorded for active users that helps in easy mirroring while recording. The best part is that it allows easy streaming with an extremely intuitive user interface. BB Recorder can be utilized for camera recording, live screen recording, and basic screen capturing needs. The installation process is very simple and it has the power to serve users for professional usage.

Do you use any other awesome screen recording software that we missed? Let us know by dropping a line at [email protected], your any advice will be important!