Back in 2005, at the time YouTube was created, who would have thought that it would shape politics, create new jobs and give us Justin Bieber? Until today, the biggest YouTubers become mega celebrities and household names. These YouTubers make more money from launching their own product lines, music labels, and other spin off businesses using their giant follower base as free marketing. But who is the richest YouTuber in the world in 2021 and how do they make money? Let’s take a look! 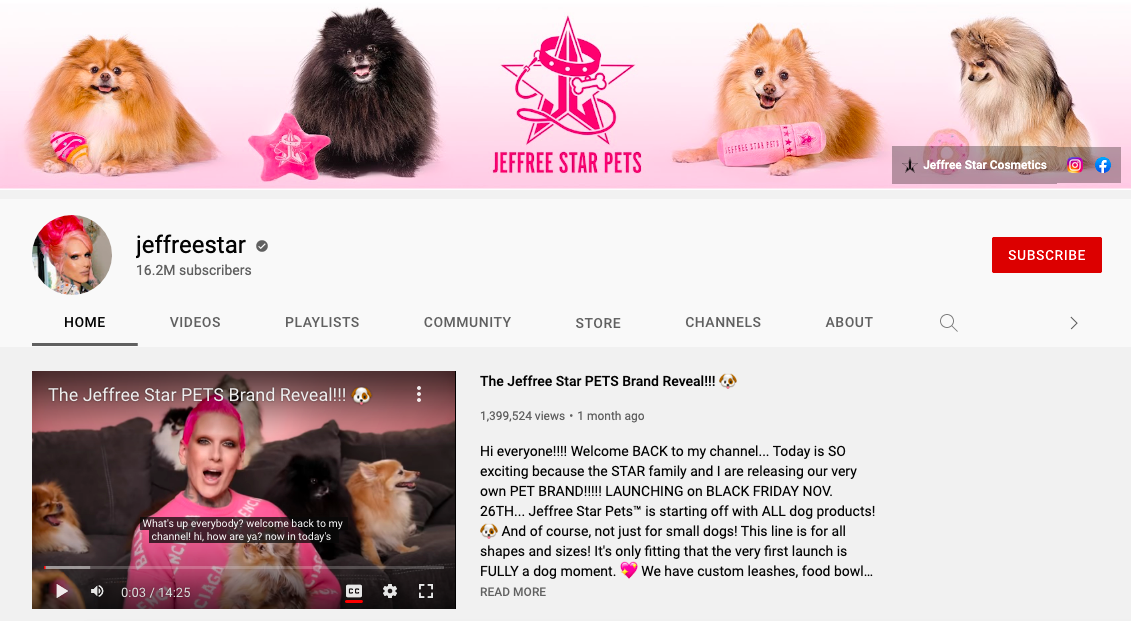 Jeffree has had a social media following since the days of MySpace, where he had a blog about beauty, fame and life in general. He blogged about life, fame, beauty and posted his music. His first video on YouTube was in 2009 to promote his music career, but it wasn’t panning out, and he was almost bankrupt. Jeffree used his life savings to start Jeffree Star Cosmetics. He used YouTube to promote himself and his brand. Jeffree Star Cosmetics now earns an estimated $100 million a year.

Ryan Kaji is not only one of the richest YouTube stars but also one of the youngest. He was only four years old when he began starring in videos on his own YouTube channel, which also features his parents and sisters. The channel was called Ryan Toys Review but has since been renamed Ryan’s World. Eight-year-old Ryan now has his own line of toys, an app and a TV series.

Dude Perfect consists of twin brothers Cory and Coby Cotton as well as Cody Jones, Garrett Hilbert and Tyler Toney. The former college roommates started out by posting viral videos of trickshots. Their sports-related videos have gained them a massive following, a mobile app, a TV show and collaborations with some of the biggest names in sports, including the richest female athlete of 2019, Serena Williams.

YouTube channel PewDiePie was started by Felix Kjellberg in 2019, posting gaming-commentary videos. The early days weren't easy. Felix supported himself by selling Photoshop art, working as a harbor captain, and on a hot dog stand. He even almost got an apprenticeship at a well-known advertising agency in Scandinavian. But finally everything pays off. The Swede’s influence is so big that when he plays an indie game, it immediately boosts that game’s sales.

Markiplier, whose real name is Mark Fischbach, has a YouTube channel with 30.5 million subscribers and 3,060 videos where he posts comedy sketches and video game commentary. Well on his way to become one of the most generous millionaires, Markiplier has raised huge amounts of money for charity, through fundraising streams and other endeavours. 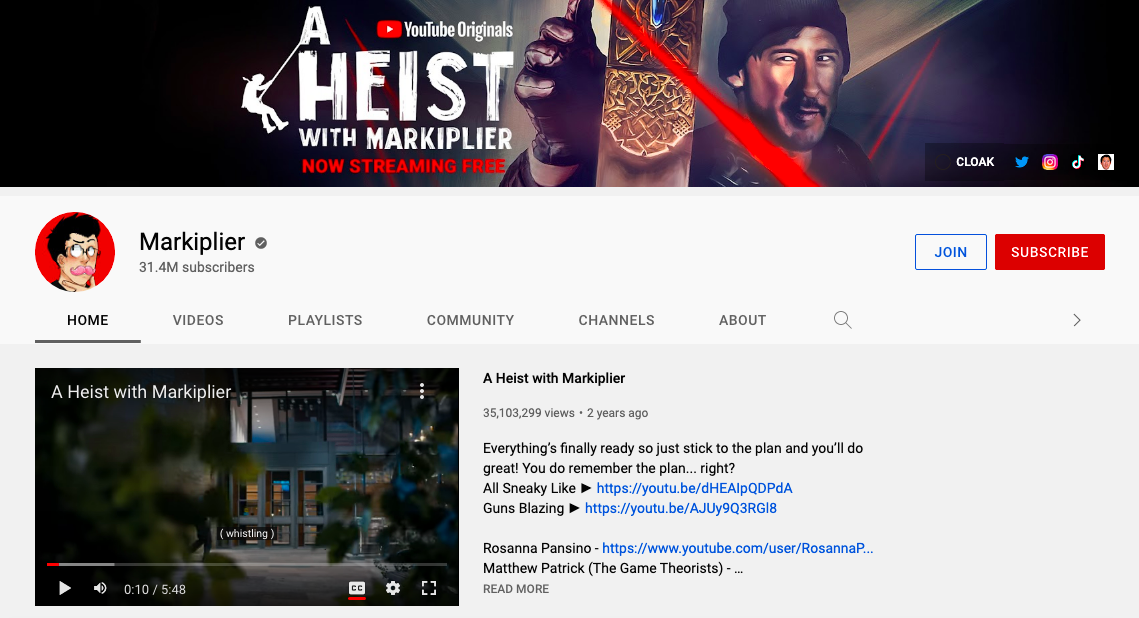 Tyler Blevins a.k.a. Ninja on YouTube, a pro-gamer, is mostly for streaming Fortnite. Along with the money he makes from streaming, he has some lucrative sponsorship deals. He never graduated from high school, and never went to college. Currently, Ninja has over 23.9 million subscribers and 1,5303 videos.

Doing it right and being a social media influencer can be one of those jobs in Canada that pay over $400k a year. VanossGaming is the pseudonym of Evan Fong, who has definitely been doing it right. He started out by creating gaming videos on YouTube and has since become involved in creating video games. The Canadian YouTube star is also a music producer.

James Charles graduated from high school in 2017. It wasn't an easy experience since he got bullied, but he was so brave and strong and pushed it through. He got interested in makeup after helping his friend do stage makeup. Then he kept teaching himself how to do it and gradually doing it as a business. This controversial beauty YouTuber and make-up artist even became CoverGirl’s first male spokesmodel when he was just seventeen years old.

Nastya is a Russian-American YouTuber who is only a 7-year-old girl but already on this list in the 9th position. Her success began at a sad story, she got diagnosed with cerebral palsy at birth. But thanks to her parents’ companion and care, she’s already cured and lives a happy life that every child wants. Focused on family-friendly content, her channels are operated with her parents and make her become one of the biggest children’s YouTube personalities in the world.

Thanks so much to his Minecraft and video game content, Arsement make it on YouTube. Known for streaming himself playing games such as Fortnite, Call of Duty, and Minecraft, he’s developed a large following on YouTube. He now also operates Minecraft servers that gamers play to access, with optional in-game purchases for virtual goods.

Do you also want to share your life with videos and be a mega celebrity on YouTube? Filmage Editor is the best video editing software for new YouTubers like you to reduce the editing time with all the advanced features simplified. If you want to know more about Filmage Editor, please check our YouTube channel.